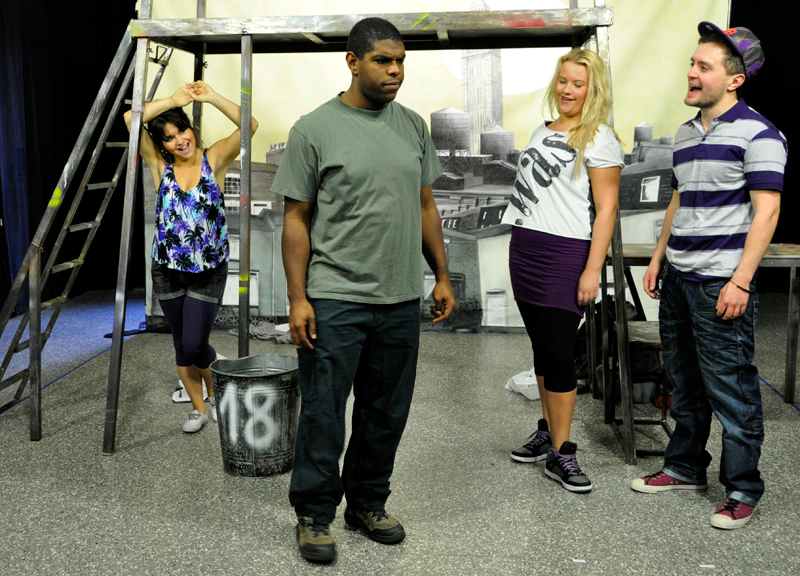 Ravi has crossed the world to find a new home, away from the horror and bloodshed of war-torn Syria. Acquiring asylum in Great Britain is difficult enough. But when Ravi is finally accepted as a refugee, his problems really start. He and his mother are accomodated on a run-down estate on the outskirts of one of England’s big cities – an estate dominated by a racist gang…

The accompanying Teachers' Pack contains information about racism, including material from the Refugee Council, an organisation which helps immigrants and refugees in Great Britain.

Extract from the script 'Promised Land'

Tommy loves Wendy – but Wendy only has eyes for Tommy’s sensitive friend Grant. So Tommy plans a mean trick, to try to separate Grant and Wendy. The trick works only too well, and soon the situation is out of control. Tommy, Grant, Wendy and her friend Ellie find that they are out of their depth in emotions that they can barely understand…

Salt and Vinegar is a play about first love – and first jealousy. The accompanying Teachers’ Pack gives lesson-plans, exercises for preparatory and follow-up work, and suggestions for discussion about relationships, and about the importance of friendship.

Photos of 'Salt and Vinegar'

Extract from the script 'Salt and Vinegar' 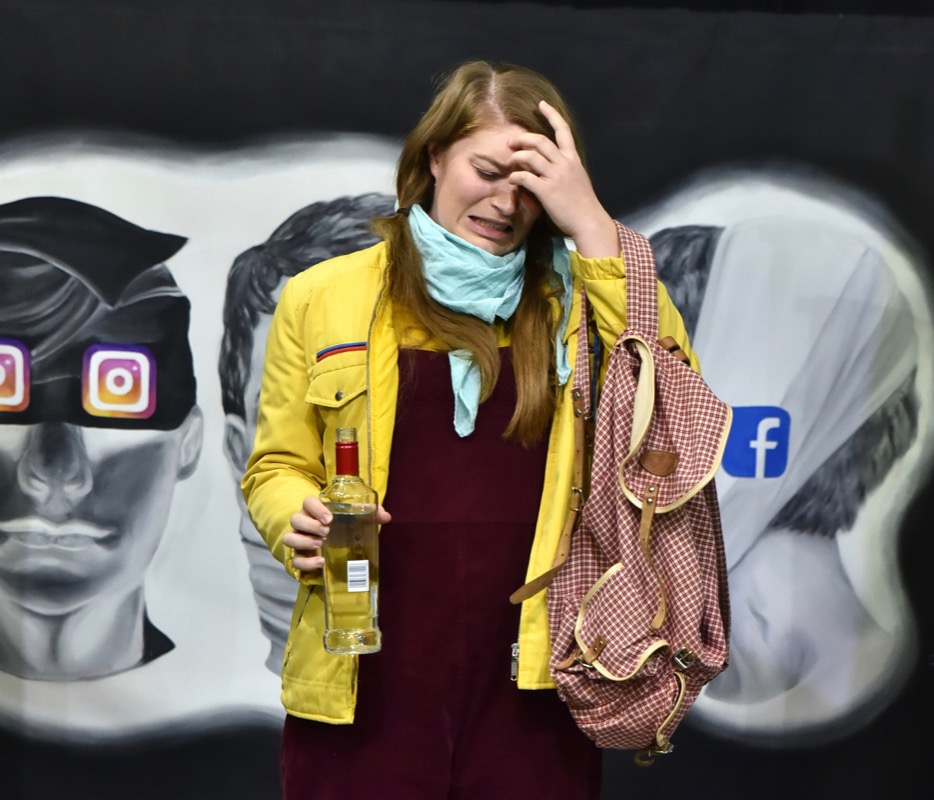 Tony doesn’t want to go to school. Every day his life is made miserable by Jim Jarvis and his gang, who attack Tony, steal his lunch-money, punch him and spit on him…on her first day in her new school, Ruth meets Lauren, who calls her 'Fatty'. The other girls laugh at this, and Ruth never has a chance to make friends. The girls spoil her homework and make fun of her in class. The teacher is no help at all. Eventually Ruth can stand it stand it no longer, and she runs away from the school…

This hard-hitting play looks at the phenomenon of bullying in schools. It shows the misery and despair of the victims. It also allows the aggressors to speak – why do they do it? And most of all it concentrates on the role of the watchers – those fellow-pupils who see what is happening, and haven’t got the courage to try to stop it. If the victim seeks adult help, it often makes the bullying worse. Only the watchers have the power, by withdrawing their support from the bullies, to give the victims a chance.

Photos of 'Sticks and Stones'

Extract from the script 'Sticks and Stones'