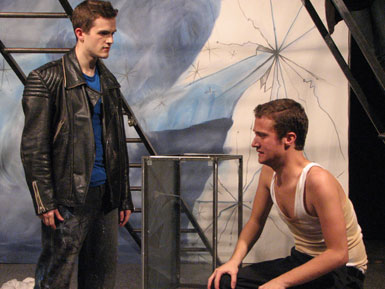 On the surface, Steven has everything. A beautiful wife, a successful business, and brand-new home. But beneath this glittering veneer lies a monstrous secret...

This fascinating and highly-praised new play by Philip Ridley received its first performance in the Soho Theatre, London in May 2007. White Horse Theatre presents Leaves of Glass for the first time in Germany.

Photos of 'Leaves of Glass'

Extract from the script 'Leaves of Glass' 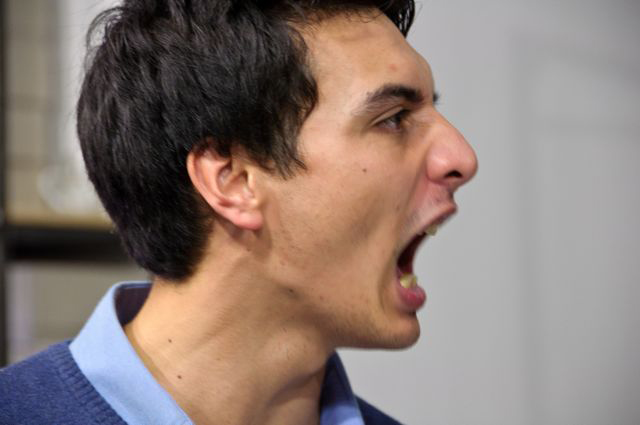 The play that changed the direction of British theatre...

Look Back in Anger gives a voice to the feelings of the new generation in postwar Britain – an anger that can still be felt in the street-riots of 2011.

Four young people rebel against the values of the establishment – and by living out their anger, they drive each other towards madness.

Photos of 'Looking Back in Anger'

Extract from the script 'Looking Back in Anger' 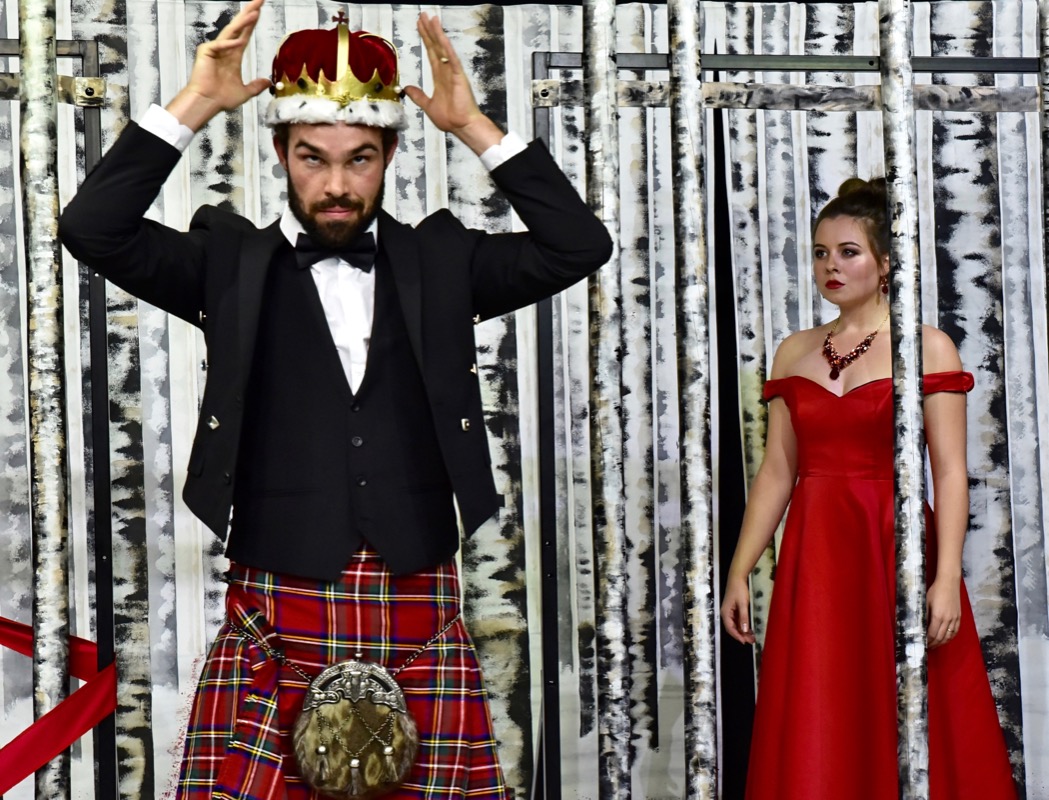 Three witches tell the warrior Macbeth that he will be king of Scotland. Can he simply sit back and wait for the prophesy to be fulfilled – or should he follow his wife’s advice and kill the present king?
Macbeth’s decision to take his fate into his own hands and murder Duncan leads him to power and fame; but it also leads to further murders, to war, to madness and despair, to the disintegration of the country and of the natural world order.

White Horse Theatre's abridgement of the play, in which the whole story is told by the witches, brings out all the macabre horror of this fascinating tale. Shakespeare's original language is retained, and at the same time the play reveals a frightening relevance to the corruption and power-struggles between war-lords that dominate many parts of the contemporary world.

Extract from the script 'Macbeth'